The ENCR is in operation since 1990 and was established within the framework of the Europe Against Cancer programme of the European Commission on the initiative of the International Agency for Research of Cancer (IARC), Association of Nordic Cancer Registries (ANCR), International Association of Cancer Registries (IACR) and Latin Language Registry Group (GRELL).

The project was supported by the European Commission (SANCO) until 31 March 2004. Funding for ENCR activities was also received from Cancéropôle Rhone-Alpes for the years 2007, 2008 and from the Seventh Framework Programme of the European Commission through the EUROCOURSE project in 2009-2012. IARC co-funded the ENCR since its inception until the end of 2012.

In 2012, the two Directorate-Generals of the European Commission (DG SANTE and the DG JRC) entered a formal collaboration to address actions in support of the ENCR, paving the way towards further coordination and harmonisation of cancer data in Europe. The support has also ensured the continuity of the ENCR secretariat, including the administrative functioning and networking of the ENCR.

The Network has the following objectives:

FULL MEMBERSHIP
Cancer registries are eligible for FULL ENCR Membership provided that they:
•    are population-based (including site or age-specific registries). Population based cancer registries are defined as registries that collect data on all new cases of cancer occurring in a specified population in a defined geographical area;
•    currently operate in countries within the UN geographical definition of Europe , plus Cyprus;
•    have completed the ENCR questionnaire within the last 5 years (e.g. the membership questionnaire, or the 2015 ENCR-JRC Call for Data Questionnaire), and update the information on request.

ASSOCIATE MEMBERSHIP
Non-population-based registries, networks of registries, cancer institutes and entities involved in cancer research, and organisations supporting cancer registration or cancer research, such as cancer patients' organisations, can apply for Associate Membership. This type of membership can include entities from countries belonging to the WHO European region. 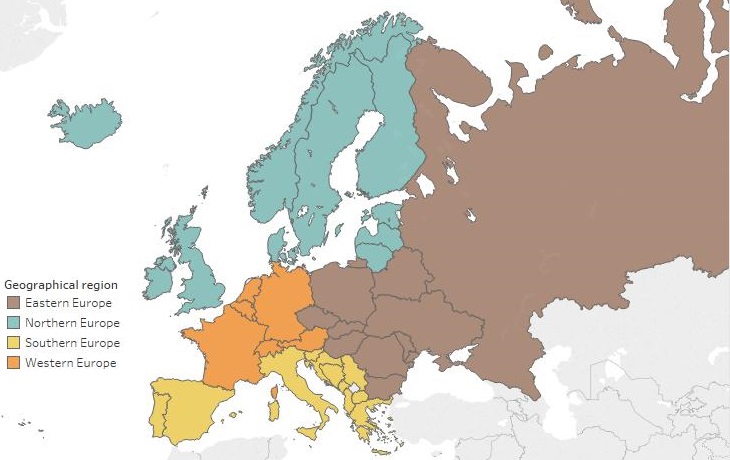